< Back to Search
Inc. Trailer 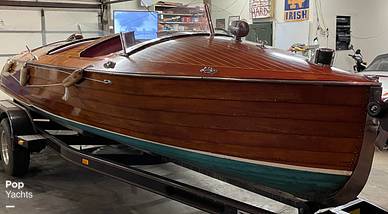 Award-Winning and Rare 1927 SeaBird Triple Cockpit Runabout made of Honduras Mahogany is ready for a new owner.

Own a piece of boating history with this stunning 21' SeaBird Triple Runabout that is one of only six SeaBirds built by The Port Carling Boat Works in 1927, only 2 years after the...more

If you have any questions, Andrew can be reached directly at (989) 213-6644 to further discuss the situation.

Award-Winning and Rare 1927 SeaBird Triple Cockpit Runabout made of Honduras Mahogany is ready for a new owner.

Own a piece of boating history with this stunning 21' SeaBird Triple Runabout that is one of only six SeaBirds built by The Port Carling Boat Works in 1927, only 2 years after their inception.

Built to last with her mahogany lapstrake construction, copper rivets and solid mahogany transom, you would be hard-pressed to find one like it anywhere else in the world.

You must see this vessel in person to truly appreciate the beautiful craftsmanship and work that went into building this gorgeous work of art that will continue to stand the test of time, as it has for nearly 100 years. It has the original Buchanan Meteor Flathead 6 Engine and the original gauge panel.

All of the chrome hardware is in really good condition and includes what you need to add a bimini. The wood is solid, although it could use a coat of varnish and the bottom should be painted. It was in working condition when it was stored a few years ago. The keel plate that is shown is not the correct one, but the seller has it and will install it before it is sold.

This beauty was built with Canada's conditions in mind, and the current owner acquired the vessel when it was shown to them on a trip to Port Carling, Ontario and the Muskoka chain of lakes, to seek out parts for the 1932 model they also own. It has been used mostly on the Great Lakes, where she has remained since being brought to the states.

It was taken care of over the years and you can really see the hard work and love that went into restoring her, although her engine is original. Since the owner also owns a nearly matching 1932 version, he has decided to part with this one. She has competed in and won the top award in multiple shows across the country from Fon du Lac to Bar Harbor and everywhere in between.

The cockpit covers shown in the first photo are not included however the seller has stated he will create templates of muslin so the new owner of this amazing boat can have new ones made. The flag pole for the back is included, without the light.

The trailer shown in the photos is not the one the seller is including with the boat, however, it does come with a laser shot trailer that is similar to the one in the photos, with the only exception being the condition. He just needs to swap them out. The boat is stored indoors right now and extreme weather prevented outdoor photos to be taken, but once it warms up a bit and the keel plate is replaced, more photos will be provided.

According to the owner, this antique runabout used to be owned by royalty and was being kept on a private island in Ontario when they learned of its existence. The history of the company that made it is fascinating as well.

For a 94 year old wooden boat, this is in really good condition. It was stored in working condition but has not been used in a few years.

It has been completely restored in the mid 90's and maintained ever since. The bottom is solid, but has paint chipping. It could also use a layer of varnish.

The engine is the original from 1927 and has 2 batteries, however, the generator that charges them does not work. The keel plate in the photos was the wrong one. The seller has the right one and will be installing it before it sells.

The condition of the included trailer (not in the pictures) is in fair condition.

We have several active listings for Grady-White, Pro-Line, Wellcraft, and Hydra-Sports. If you're in the South Bend, Portage, Kalamazoo, or Penn areas, please use the form on this page to let me know what you're looking for and I'll get back with you today about any other antique boat / runabouts options we have locally that may meet your needs. 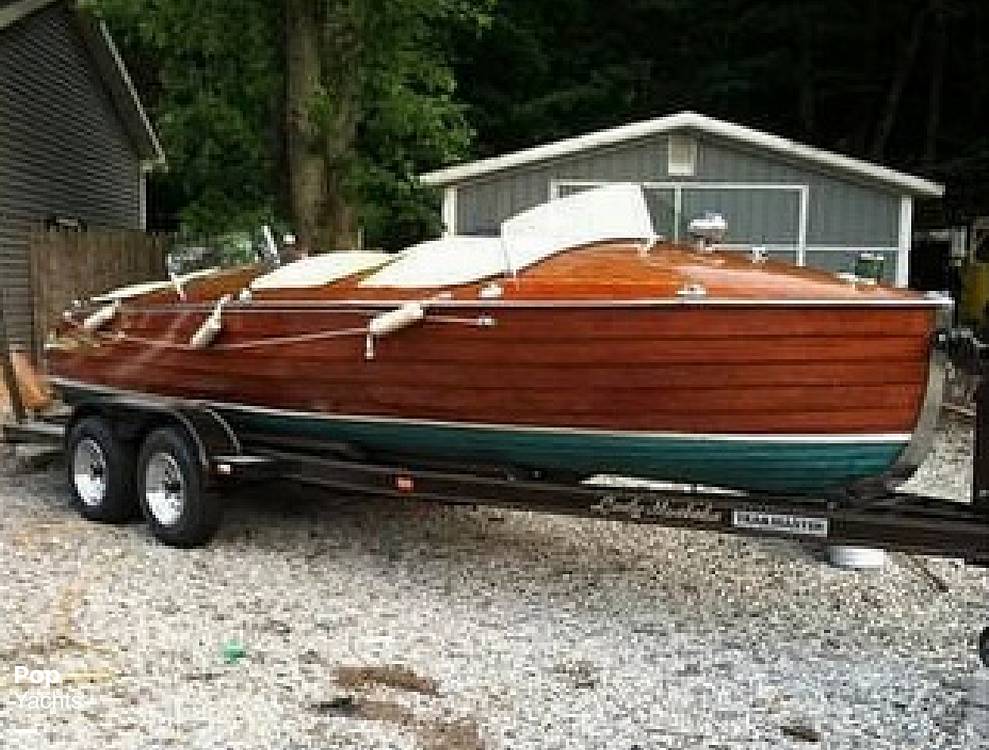 In order to see all 99 photos, a video, and more, please quickly create an account. It just takes a second and you will have unlimited access to view information for this listing and ALL others on the website.

In order to see all 99 photos, a video, download a brochure, and more, please quickly create an account. It just takes a second and you will have unlimited access to view information for this listing and ALL others on the website.

†† Storage status may not reflect the most current status. Please contact us if you would like up-to-date information.

Similar Boats to the Seabird 21 For Sale

In order to see the advanced metrics, all 99 photos, a video, download a brochure, and more, please quickly create an account. It just takes a second and you will have unlimited access to view information for this listing and ALL others on the website. If you don't use social media, click here to register with your email.