< Back to Search
All Offers Considered 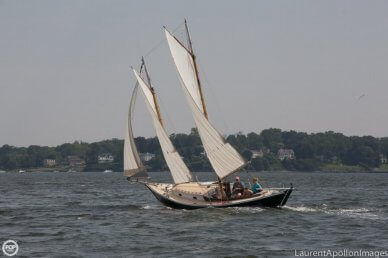 Designed and built by the late Peter Van Dine in Annapolis, Maryland, this classic looking schooner is a real head-turner under sail or at the mooring, one of only three of the largest version of his line of "Tancook Whaler" schooners, based on a traditional...more

We're sorry to see this one go but happy to say that she has been sold.

Designed and built by the late Peter Van Dine in Annapolis, Maryland, this classic looking schooner is a real head-turner under sail or at the mooring, one of only three of the largest version of his line of "Tancook Whaler" schooners, based on a traditional Nova Scotia working boat.

With a fine entry, long keel, and double-ended profile, she is stable and sea-kindly in any weather, well-ballasted internally while carrying a mere 3'9" draft with the board up, she is a pleasure to sail: a great Maine, Chesapeake Bay or Long Island Sound boat capable of going anywhere.

Her gaff main, secured by mast hoops, sets and furls smoothly with installed lazy jacks, which self-stow underway. Her loose-footed gaff foresail has been cut away slightly to eliminate a problematic wood club at the clew.

The roller furling jib sets from the bowsprit, and self-tacks by means of a club and double-ended sheet. Only the foresail needs to be handled to tack. Reefing points in both main and foresail with roller furling jib enable her canvas to be reduced to handle almost any weather comfortably.

There is not a single winch on board, yet this 40-foot schooner can be single-handed in most conditions.

Roller furling is the only concession to modernity in the rig. Every line on the boat trims by hand with simple mechanical advantages, mostly to belaying pins or wooden cleats.

Every working line with the exception of one halyard, which could easily be re-rigged, is accessible from the cockpit.

There is also a relatively large fisherman staysail (equal to fully 1/3 of the entire plain-sail rig) which sets, with a flying yard, from both mastheads, and gives this schooner remarkable speed off the wind, even in light air.

The simple main cabin features two full-length settee bunks, one with a shelf above and both with storage below.

There is a galley area with a sink and large icebox, across from a small navigation area.

The head, with sink, is located amidships at the foot of the foremast, separated from the main cabin by a solid door, and opens into the large forepeak, served by a deck hatch, with a starboard through-deck fitting for the anchor rode, situated near the anchor roller on the bowsprit, which accommodates the included plow.

There are four opening ports in the cabin, plus one amidships in the head area. Both the forepeak and the lazarette are ventilated continuously by solar-powered fan-vents. Batteries are kept fully charged on a mooring by a flexible solar panel deployed from the lazarette.

The weathered teak-trimmed self-bailing cockpit is comfortable and large, with engine access via the sole and under-seat stowage, cupholders, binnacle, etc.

The mainmast step is deteriorated, has been repaired to functionality, but will need replacement. The VHF as well as depth sounder and speedo currently working, but are due to be updated.

Per the Seller: She has been yard maintained since 1998, and stored indoors or framed up under cover on the hard off-season since 1998.

We have several active listings for Morgan, Hunter, Pearson, and Cheoy Lee. If you're in the New York City, Brooklyn, Queens, or Manhattan areas, please use the form on this page to let me know what you're looking for and I'll get back with you today about any other schooner sailboat options we have locally that may meet your needs. 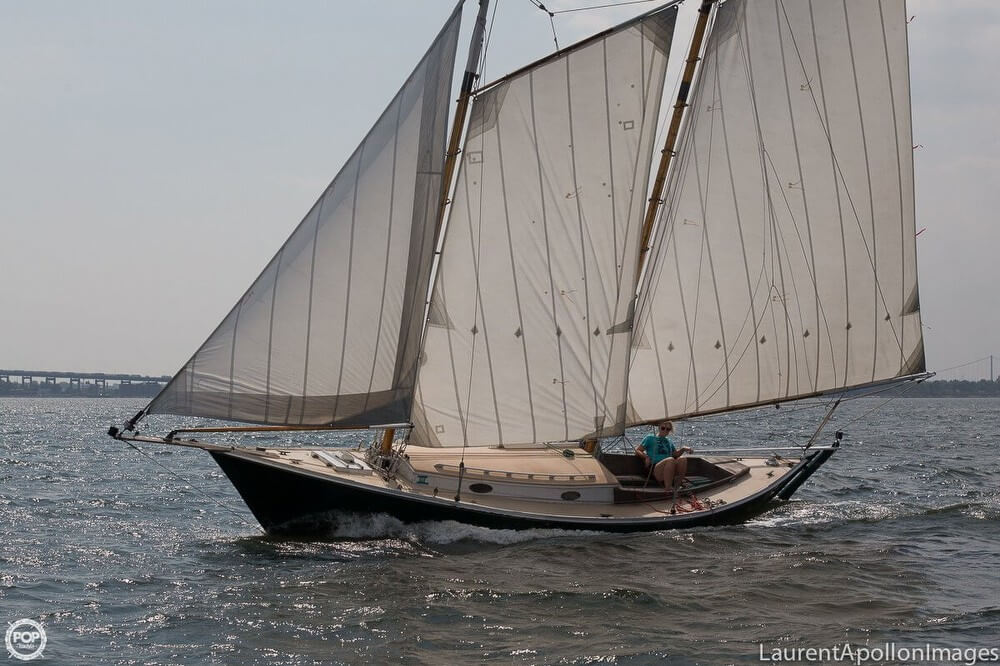 In order to see all 133 photos and more, please quickly create an account. It just takes a second and you will have unlimited access to view information for this listing and ALL others on the website.

In order to see all 133 photos, download a brochure, and more, please quickly create an account. It just takes a second and you will have unlimited access to view information for this listing and ALL others on the website.

†† Storage status was last confirmed on 11/8/2017, and may not reflect the most current status. Please contact us if you would like up-to-date information.

Similar Boats to the Van Dine 40 For Sale

In order to see the advanced metrics, all 133 photos, download a brochure, and more, please quickly create an account. It just takes a second and you will have unlimited access to view information for this listing and ALL others on the website. If you don't use social media, click here to register with your email.