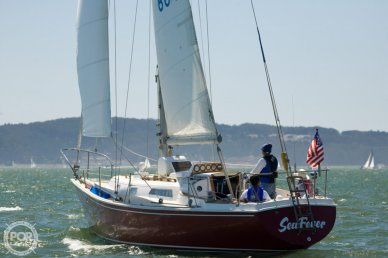 When you come aboard this Pearson, you will likely say..."This is not a 1974 sailboat!"

The Pearson 10Ms were designed by Bill (William) Shaw and built by Pearson Yachts in Rhode Island.

This Pearson 10M - SeaFever may have been originally built in 1974, but its condition isn't what ...more

If you have any questions, Alan can be reached directly at (415) 793-9433 to further discuss the situation.

When you come aboard this Pearson, you will likely say..."This is not a 1974 sailboat!"

The Pearson 10Ms were designed by Bill (William) Shaw and built by Pearson Yachts in Rhode Island.

This Pearson 10M - SeaFever may have been originally built in 1974, but its condition isn't what is expected for a boat of that age.

Just take a Look at the picture gallery. They say a picture is worth a thousand words, but here are a few of them that demonstrate what a beautiful vessel this Pearson is and the extent of her condition.

Beginning in 2010, this boat has undergone an extensive refurbish with numerous upgrades. Although the overall structure of the Pearson is well known, the recent modernization has transformed her into the boat she is today.

The original gas engine was replaced with a Universal M25 diesel on reinforced stringers, with Vetus K75 engine mounts. A new fuel supply system, and completely new engine rewiring was installed along with a new engine instrument panel mounted on the binnacle including new Edson throttle and gear shift levers.

The boat was hauled out to inspect and paint the bottom. She received an exemplary evaluation.

In 2015 she had her rigging inspected and tuned along with the replacement of the Roller Furler Delrin bearing. New Covers were provided for her head sails, and mainsail. The teak was redone with 5 coats of varnish.

A modification to the cooling system was made to allow for a freshwater flushing system. When you return to the dock, simply hook up a fresh water hose and flush the engine. You won't see this on many other sailboats of this vintage.

In 2020, more improvements were made such as the installation of a Bluetooth music system and marine cockpit speakers. The hull was buffed and waxed which makes it look as it did when it was first purchased in 1974.

All winches were serviced and 5 more coats of varnish applied to the teak.

You will want to see this boat for yourself in order to really appreciate all that has been done to upgrade it's condition and sailing ability.

She has a factory installed Racing package (Instruments). When you own this amazing boat, she always stands ready for your next sailing adventure whether it be club racing or bluewater cruising.

The overall condition of this Pearson is extremely surprising for a boat of this age. The following upgrades were completed commencing in 2010.

Engine Repower and other projects - 2010:

All of the new additions listed above make this boat a really outstanding buy for the knowledgeable sailor.

It is worry-free with a 2010 diesel engine that has very low hours. The owner estimates it has less than 100 hours and has been maintained as expected according to regularly scheduled maintenance recommended by the manufacturer.

All of the rigging appears to be in excellent condition and was inspected and tuned in 2015.

The owner is unaware of any systems that need attention. She is ready for her new owner to enjoy.

This unit may be eligible for an extended warranty. Please ask your Sales Rep for additional details.

We have several active listings for Catalina, Hunter, C & C Yachts, and Irwin Yachts. If you're in the San Jose, San Francisco, Oakland, or Stockton areas, please use the form on this page to let me know what you're looking for and I'll get back with you today about any other sloop sailboat / racer options we have locally that may meet your needs.

I'm Up Late
Have a Question?
This boat is on people's minds. It's been viewed times in the past week.
Shop With Confidence!
Our company has accomplished so much through integrity, forged with twelve core values.
There is a review of this boat model 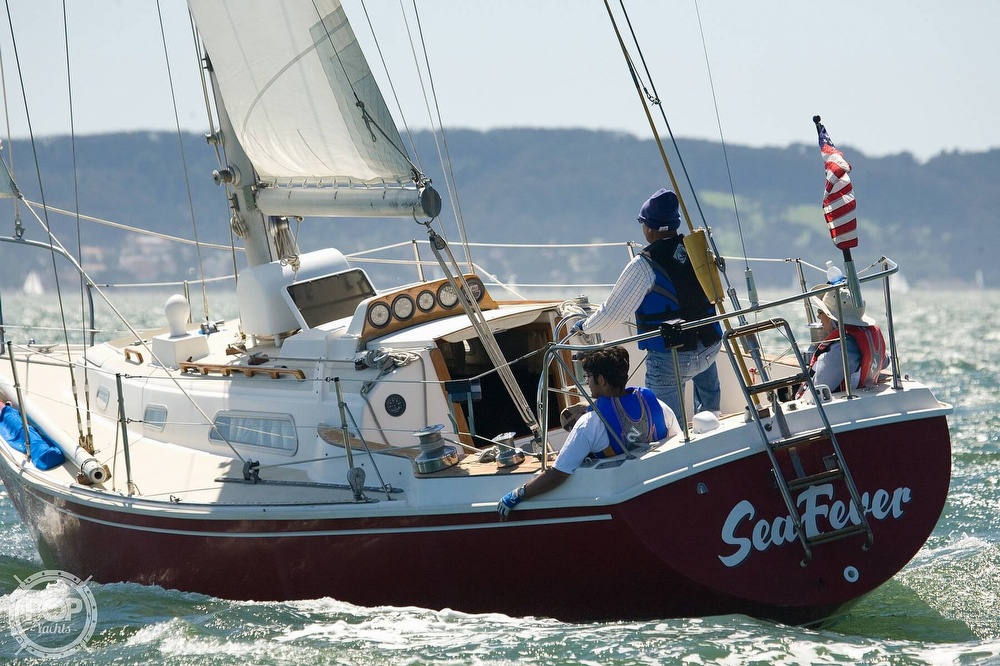 In order to see all 100 photos, a video, and more, please quickly create an account. It just takes a second and you will have unlimited access to view information for this listing and ALL others on the website.

In order to see all 100 photos, a video, download a brochure, and more, please quickly create an account. It just takes a second and you will have unlimited access to view information for this listing and ALL others on the website.

† Engine hours were last recorded on 1/15/2021, and may not reflect the most recent readings. Please contact us if you would like up-to-date information.

†† Storage status was last confirmed on 1/15/2021, and may not reflect the most current status. Please contact us if you would like up-to-date information.

††††† This unit may be eligible for an extended warranty. Please ask your Sales Rep for additional details.

Similar Boats to the Pearson 10M For Sale

In order to see the advanced metrics, all 100 photos, download a brochure, and more, please quickly create an account. It just takes a second and you will have unlimited access to view information for this listing and ALL others on the website. If you don't use social media, click here to register with your email.