< Back to Search
10
BRING OFFERS 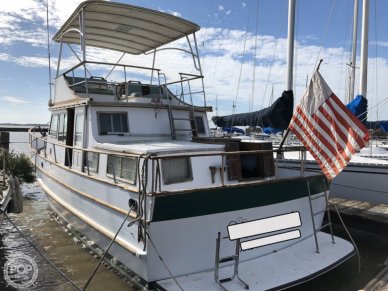 Marine Trader is known for its reliable, durable hulls, maximum displacement efficiency, intelligent design, and nice amenities. Perfect for long-range cruising, especially for the Great Loop and some seagoing capability.

To date, this Marine Trader 37 Double Cabin has had an adventurous life...more

If you have any questions, Barry can be reached directly at (832) 659-3462 to further discuss the situation.

Marine Trader is known for its reliable, durable hulls, maximum displacement efficiency, intelligent design, and nice amenities. Perfect for long-range cruising, especially for the Great Loop and some seagoing capability.

To date, this Marine Trader 37 Double Cabin has had an adventurous life, and she's ready to take on some new adventures with her new owners. In her early days, she made several trips from Knoxville Tennessee to Newfoundland, Nova Scotia, and the Great Loop, to name a few.

In 1996 the original owners sold the boat to friends. In 1999 the second owners decided to do a total restoration on the vessel to bring her back to her original glory and improve upon a few of her original features. The restoration was started by removing the bridge superstructure and transporting the boat to Marine Contractor's boatyard to begin the restoration.

Once the bridge superstructure was removed they realized the sub-clever bridge deck drainage system needed to be replaced. The owner also knew that both fuel tanks needed to be addressed due to a design flaw, so they pulled the Leham-Ford diesel, Onan Genset, port and starboard fuel tanks and everything else from the engine room.

The fuel tanks were cut open, re-baffled, new tops welded on, sandblasted, epoxy painted, and finished off with white enamel. The fuel fill system was re-engineered to eliminate the rust and corrosion problem. While the engine room was empty, they re-engineered the stuffing box for future convince, and reliability; the stuffing box was also repacked. The coupler was replaced with one that had a better design. The below-the-waterline gate valves, which were installed as through-hull valves were all replaced with new ball valves. The bilge was resealed, and the whole engine compartment had a paint job.


The Lehman 120hp diesel, which had 5,000 hours when pulled from the engine compartment was sent to Waters Equipment Company where it was Dyna Machine tested and met new engine specs for compression, blow-by, and a list of other key parameters. The oil was tested and showed normal amounts of expected contaminants. The valve stem seals, valve cover gasket, all hoses, and heat exchangers, along with the engine mounts were replaced; the engine also got a fresh coat of paint.

The boat was fully painted, the wood finishes were brought back to life, and she was put back into service as good as new, or as the owners at the time liked to say "better than new." Shortly after the restoration, the boat was featured in Passage Maker Magazine.

Fast forward to now; 20 years have passed since the renovation, with just 670 additional hours on her, she still has great bones and runs well. When the owner was asked what he liked best about the boat, his response was she is very reliable. Currently, the boat doesn't have a galley; it was removed as a personal preference by the owner. Her woodwork has plenty of detail and for a buyer with a vision such as the second owners had this trawler can be brought back to her original glory for many more exciting destinations.

To the best of the owner's knowledge, everything is functioning on the boat.

The owner has receipts, including the receipts from the 1999 restoration.

The cushion on the captain's seat needs to be recovered.

There are a few areas that show water damage on the wood finish. The owner stated that it is old damage; there are no known leaks.

We have several active listings for Sea Ray, Chris-Craft, Mainship, and Carver. If you're in the Lafayette, Lake Charles, New Iberia, or Sulphur areas, please use the form on this page to let me know what you're looking for and I'll get back with you today about any other trawler options we have locally that may meet your needs. 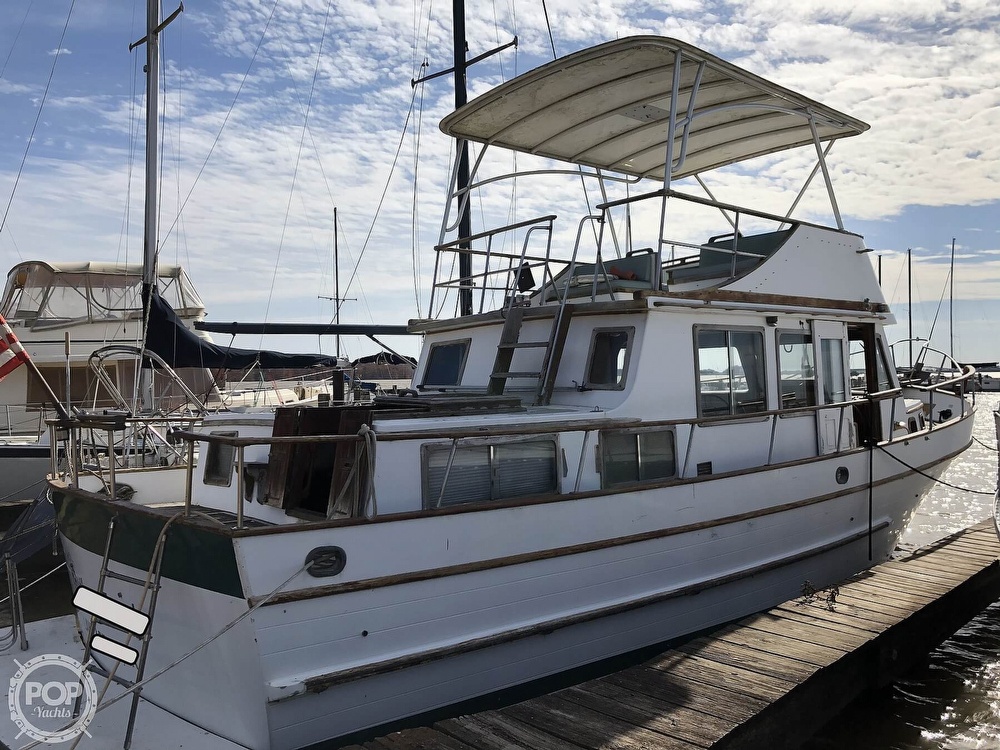 In order to see all 145 photos and more, please quickly create an account. It just takes a second and you will have unlimited access to view information for this listing and ALL others on the website.

In order to see all 145 photos, download a brochure, and more, please quickly create an account. It just takes a second and you will have unlimited access to view information for this listing and ALL others on the website.

† Engine hours were last recorded on 9/1/2020, and may not reflect the most recent readings. Please contact us if you would like up-to-date information.

†† Storage status was last confirmed on 9/11/2020, and may not reflect the most current status. Please contact us if you would like up-to-date information.

†††† The ad was last updated on 1/16/2021 and hull hours may not reflect the most recent readings. Please contact us if you would like up-to-date information.

Similar Boats to the Marine Trader 37 Double Cabin For Sale

In order to see all 145 photos, download a brochure, and more, please quickly create an account. It just takes a second and you will have unlimited access to view information for this listing and ALL others on the website. If you don't use social media, click here to register with your email.